What a challenge we had at the 2012 Priest Lake, Idaho Glassic Boat Show. Northern Idaho has lots of mountain storms throughout the spring and summer but once every few years we experience a phenomenon known as a micro burst. This is what happened Friday night before the show.  The winds it created reached 90 mph (that’s hurricane force), took down thousands of trees, crushed numerous cabins, and tragically took two lives in its path. Our deepest sympathies go out to those families.
Then there is the story of Earl Ruddach who came all the way from Idaho Falls  (about 600 miles away)  to enter his boat in the show and have some fun with a bunch of glass heads that he had never met.  Earl was caught in the path of the storm and his truck was hit by a falling tree. I can only imagine the nightmare he must have gone through Friday night.  Earl told me he was sure his boat would have taken Best of Show.  Nice try Earl…
We want to especially thank our hosts, Ed and Tammy owners of the Priest Lake Marina for their help and support. Ed’s BBQ  burgers and salads an the Beach Bar & Grill  were the best.
Despite all this, the show went on. We were fully expecting 25 to 30 boats, but considering the storm, a showing of 13 fabulous boats offered the public a small glimpse of some real classics.
We had two boats come over from Montana – a ’59 Skagit owned by Dan Ward and his beautiful girlfriend Miss Kitty and a beautifully restored ’67 Lee Craft owned by a great guy Lynn Holland and sporting a cool rope style steering wheel. 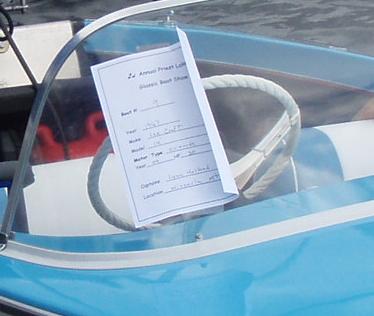 Don and Jami Stuart brought their newly acquired ’58 Reinell. (above) Amazing one of a kind boat. Sliding sun roof and a Porsche air cooled engine.  Wow !!!!

Jami also was showing off her really cool marine jewelry collection.
Jason Alleman (no relation to the brothers) and his father brought their ’60 Hydro Swift . 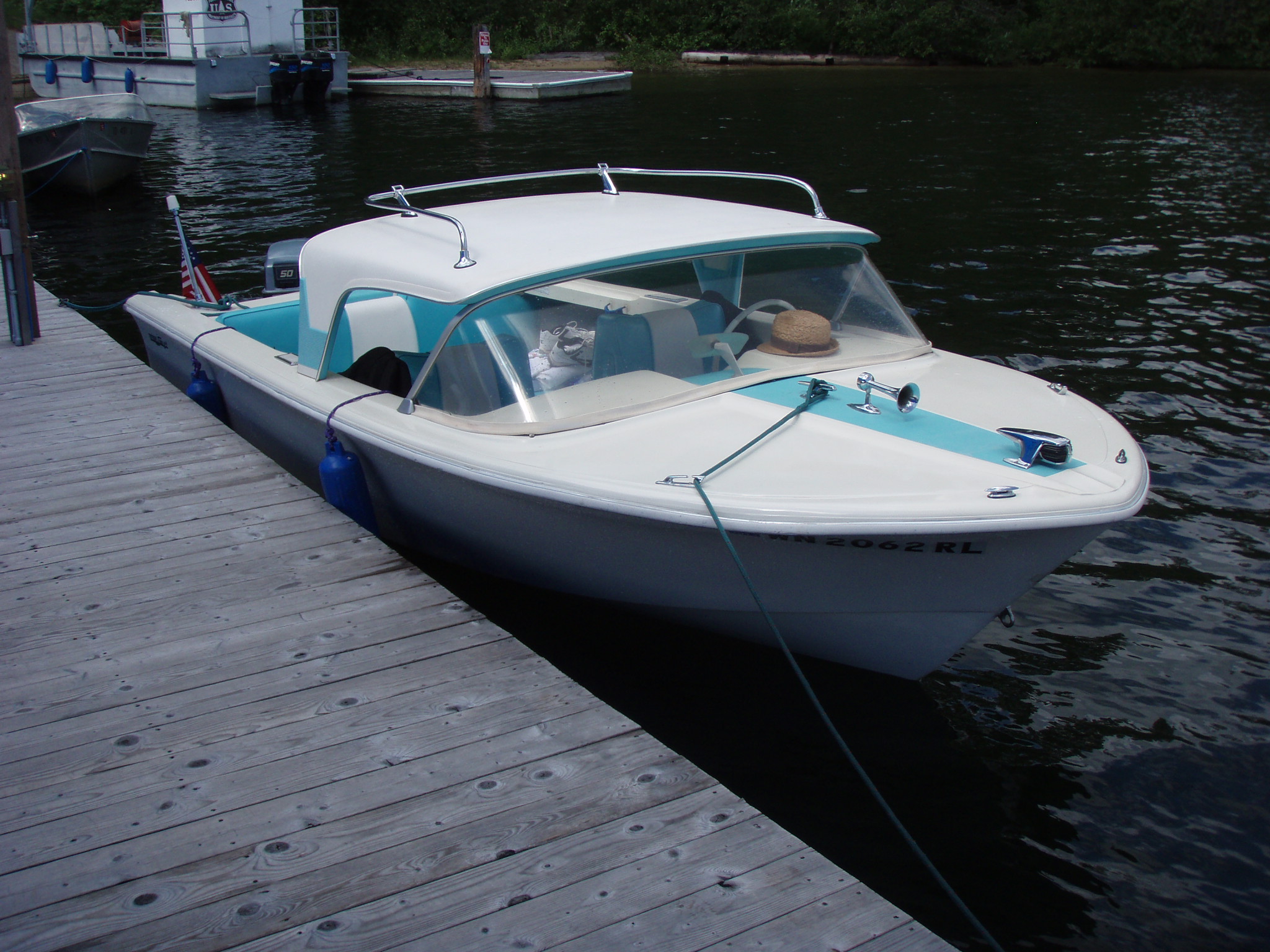 The Miller brothers brought their entourage as well, with Doug showing us his ’64 Speed Queen Catalina, ’60 Pacific Mariner Stiletto,  and his ’59  Reinell 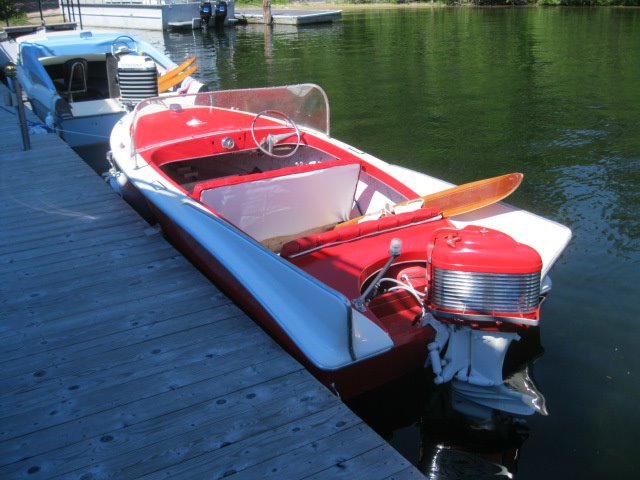 Tom Miller  used  his 59 GlassCraft Citation as the Boat Show sign at the entrance.  Sold it for $50 Canadian.  Lotsa potential.  He also had his 59 Glass Craft Olympia,  ’59 Bell Boy Banshee and  a ’59 Wacanda Delta II.  His 59 Glastron Seaflite Seville Cruiser was in the Marina workshop.

All in all we had a great day and the weather cooperated beautifully.  We capped off the day with a sunset cruise to Bartoo Island and  Lone Pine Point.  We’re already looking forward to seeing everyone who couldn’t make it this year  and those that did, again next year for the third annual. (See more pics in the gallery.)